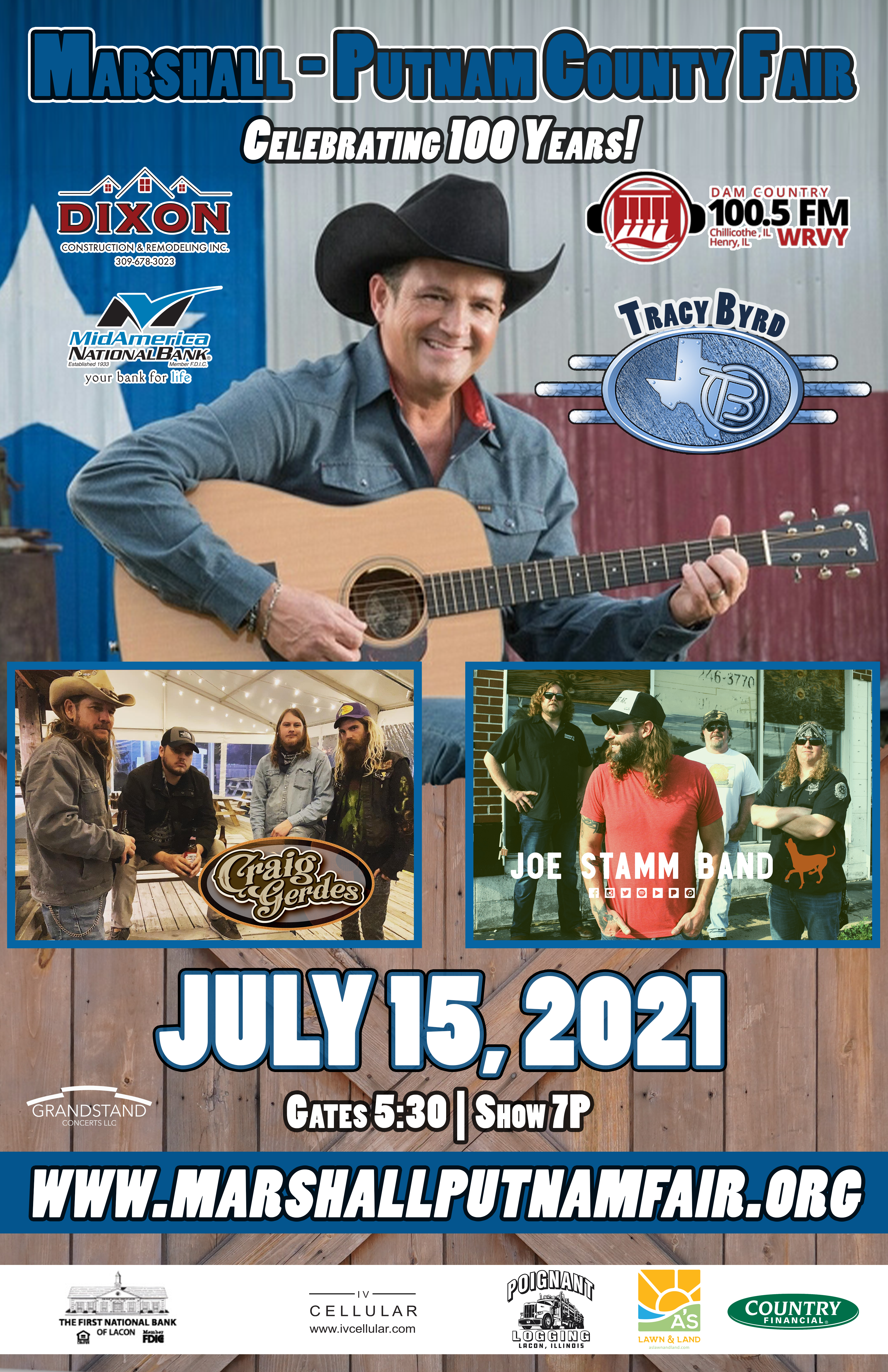 Following the concert, there will be an after party with music and drinks at the infield beer tent.  the after party will go until midnight.

A Huge thank you to our concert sponsors! 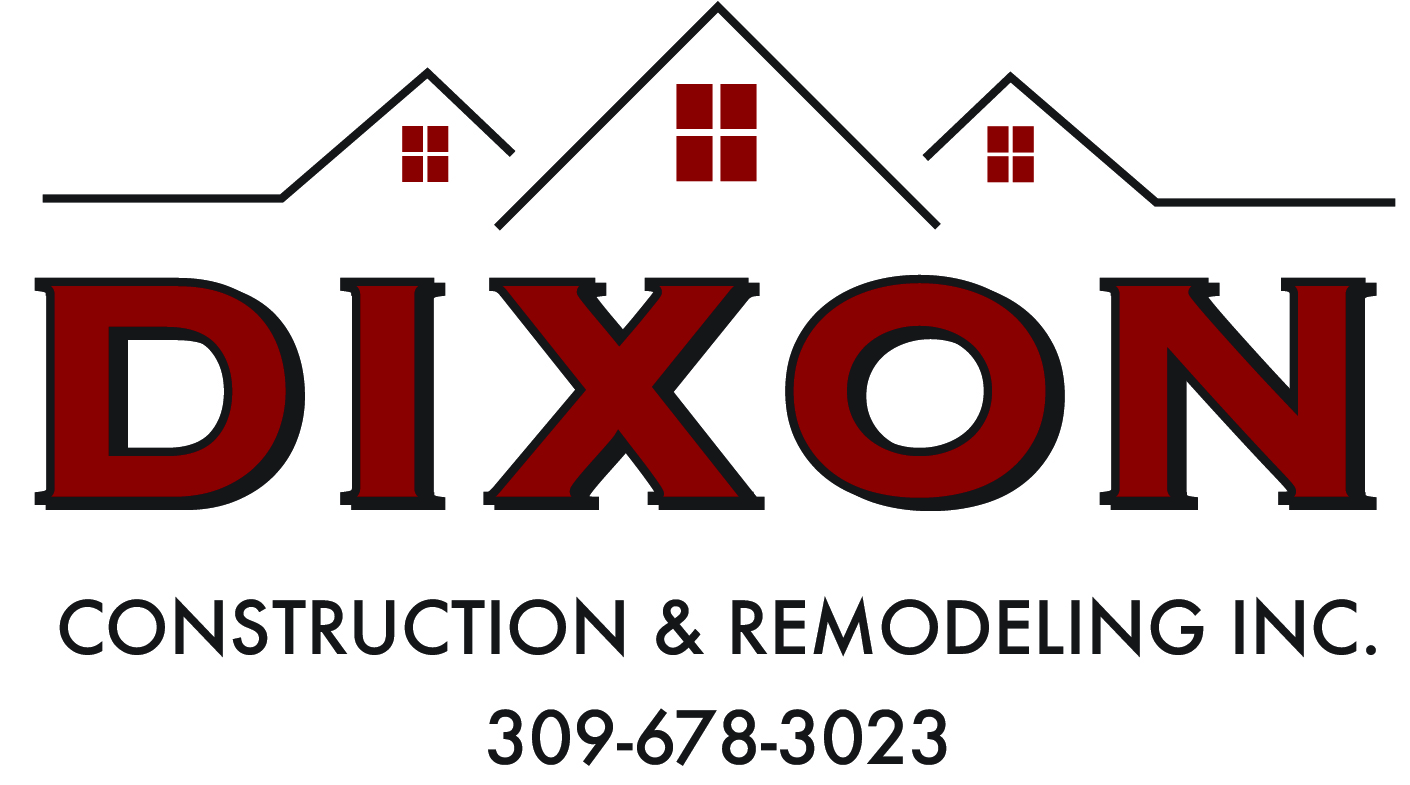 Tracy Byrd became a household name on the Country Music Scene in 1993 when his third single, called "Holdin' Heaven", off of his MCA Records, self-titled debut album, hit #1 on the Billboard Country Charts. The Album also included the remake hit of Johnny Paycheck's "Someone to Give my Love to" cementing Byrd as a Traditional Country Troubadour!! The Debut Album went on to be certified Gold, a reward signifying sales in excess of 500,000 copies.

Byrd's second project, "No Ordinary Man", kept building on the momentum the first album created, the first radio single from it called "Lifestyle's of the Not so Rich and Famous" reached #4, followed by another top five hit, "The First Step", then with the release of the smash, chart topping hit "Watermelon Crawl" the second album crossed the half million sales mark and certified Gold. The realease of the 4th and last single on this project moved Byrd to the top of both the Billboard Album and Singles charts. The song was called "The Keeper of the Star's" and it shot to #1 on the singles charts and pushed the album to Double Platinum Status, which certifies sales of over 2 Million Copies. "The Keeper of the Star's" won Academy of Country Music's "Song of the Year" award in 1995. A Keeper Year for Tracy Byrd for sure.

His third studio Album, "Love Lesson" is one of Tracy's favorites. It included the title track, another top five hit single for Byrd, also included were the top 15 singles, "Walking to Jerusalem" and "Heaven in My Woman's Eyes", Byrd's personal favorite. A 4th top 15 single was released called "4 to 1 in Atlanta" which Byrd performed Live on the David Letterman Show.  The "Love Lesson's" album also reached sales of 500,000 copies certifying Gold.

"Big Love" became Byrd's fourth studio album with it's release in the fall of 1996.  It spawned two more top five singles with the release of the title track and "Don't Take Her She's All I've Got" The Video's of both of these songs reached the top of CMT's Video Chart's  and also earned Byrd his first TNN Television Special titled "Tracy Byrd's Big Love" on which Byrd invited guest's Johnny Paycheck, Mark Chesnutt, and Asleep at the Wheel. The Album "Big Love" became Tracy's Fourth consecutive Studio Album to be Certified Gold. Tracy said that this meant more to him than anything because he knew Fan's weren't just listening to his hit songs on the radio, they were laying down their hard earned money to own a copy of their own and that was flattering.

The fifth project on MCA was titled, "I'm From the Country" and it contained the title track a fun, party song stating what most fan's already knew, that Tracy Byrd was from the Country and sang Country Music. The CD also contained a Beautiful Ballad called "I Wanna Feel That Way Again" Both of these single's reached the Top Five on the Charts.  It was at this same time that TNN Outdoors recruited Byrd as the TV Host of their Weekend Outdoor Broadcast.  Tracy, a well known outdoorsman, was perfect for the job and continued his hosting responsibilities for three years.

At this point in his career, Tracy Byrd, was looking for a change in labels, but still was under contract with MCA Records who were preparing a release of "Keepers: Greatest Hit's" containing all the hit's from Byrd's catalog of songs.  The album quickly earned another Gold Record award for Byrd but he was trying to persuade MCA to let him out of his contract so he could pursue a different direction.  MCA finally allowed Byrd out of his contract and he quickly signed with RCA Records and got to work on a new project, "It's About Time", that would be released in November of 1999 and would reach the top 10 quickly with the single "Put Your Hand In Mine" Byrd has said that this album is the most Traditional Album he ever released and therefore his favorite.

Tracy Byrd crossed into the new Millineum with the release of his Album "10 Rounds" It took off on the release of a duet with his longtime hometown buddy and hero Mark Chesnutt.  The song was called "A Good Way to get on my Bad Side" and was a milestone for Byrd to finally get to record with his good friend. Then came the release of the party song of the year, "10 Rounds with Jose Cuervo" which shot to the top of the Billboard Charts to notch Byrd's third #1 single. He also hit the top 10 with his spanish guitar flared "Just Let Me be in Love".

Next came "The Truth About Men", which first released the title track which was a comedic look at what Men are really like, it was a team effort with Tracy's buddies Blake Shelton, Andy Griggs, and Troy and Eddie of Montgomery Gentry lending their talents to the song and the video. This Album also released the top five smash "The Drinkin' Bone" which became a crowd favorite sing along song.

Byrd was then moved to BNA Records, the sister label of RCA, and they released his second greatest hits project, another feat that not many artists experience, two Greatest hits projects!!! It debuted in the top five of the album charts and became Byrd's sixth Gold Album, and sent him to over 6 Million Records Sold!!!

Byrd then left the major label and released an album on his own, appropriately titled, "Different Things" Although this project was not commercially successful, it garnered Byrd his highest Critical acclaim of his career with Billboard magazine choosing it as one of their Top 10 Country Albums of the Year!!!

Through all of these years Byrd became a promoter favorite on the road, performing over 4000 exciting shows across the United States, Canada, Mexico, Europe, and Australia from 1992 until 2009!  He then say's he needed a break to take care of himself and his most precious thing, his family, wife Michelle, daughter Evee, and son's Logan and Jared, who had taken a backseat to his career for year's. He did not perform from 2010-2013, but in 2014 he got back to the music with a new band and a new found sobriety and love of the thing he enjoys so much.  Say's Byrd, "These day's my life has great balance, with my music being a part of it, not all of it.  I can honestly say I have never enjoyed it more!!"

Byrd went back in the studio in June of 2016 and started work on his first project in 10 years.  Recorded completely in Tyler, Texas at Rosewood Studios, that album is appropriately titled, All American Texan, which is exactly what he is and has always been. This album features 8 tracks written by Byrd, a fact he is very proud of.  The album was released in October of 2016 and has been very well received by his fans and critics alike.

If you get the chance pick up some Tracy Byrd music, and catch a show on the road.  You won't be sorry that you did!!!

Part of the burgeoning, modern, underground, outlaw, country music field, Craig Gerdes is makin’ tracks and on the move. His last release, Smokin’, Drinkin’ & Gamblin’, has quickly gathered attention for a real honky-tonk, old-school, classic-country sound that embraces the heart and soul of contemporary outlaw country. Gerdes hails from rural central Illinois, and is now on the journey of constant touring through a club circuit that’s growing from this populist form of rebellion against the current crop of pop country music, while searching for real ties to real things through heartfelt songs. He got his start playing and singing in his dad’s band, wrote his first song at age 11, and hasn’t looked back since.

Craig Gerdes’ shows are a high energy performance. Never do his and his band’s energies wain, nor do the crowd’s enthusiasm for the outlaw country outfit. The performance is filled with some great instrumentation and fantastic vocals, and the band has an infectious energy that, at times, whips the crowd into a frenzy. Seemingly a blast from the past, Gerdes and his band sound more like the outlaw country acts of the ’70s than any of the pop-oriented country currently dominating the country charts. Despite being a country act, they’ve got a rock feel to them, and their love of the blues is evident through their music. Beyond Gerdes’ own discography, they play many classic country songs and take them in their own unique direction; this includes some Johnny Cash, Waylon Jennings and Billie Joe Shaver.

The Joe Stamm Band makes countrified roots-rock with an emphasis on the roots, drawing on Stamm's small-town upbringing in rural Illinois, for a sound that blends heartland hooks with Nashville twang. It's a sound that's taken the songwriter from the college apartment where he strummed his first chords to venues beyond the Midwest, sharing shows with personal heroes like Kris Kristofferson and Chris Knight along the way. With his debut LP, The Good & The Crooked (& The High & The Horny), Stamm begins building his own legacy, leading his band of road warriors through an album rooted in all-American storytelling and guitar-driven swagger.

Recorded in a converted barn outside of Iowa City, The Good & The Crooked (& The High & The Horny) is a studio album that owes its electrified energy to Stamm's live show. It was there — onstage, guitar in hand, headlining a club in Peoria one night and playing with artists like Tyler Childers and Easton Corbin the next — that Stamm sharpened the edges of his self-described "black dirt music," rolling Americana, country, and blue-collar rock & roll influences into his own style. Some songs were autobiographical, spinning true-life stories of love, loss, and life in Middle America. Others, like the barn-burning "12 Gauge Storyline," were character-driven and fictional. Whittled into sharp shape by a touring schedule that kept Stamm and company on the road for as many as 150 days a year, those songs took new shape in the recording studio, shot through with amplified riffs, grooves, and arrangements that rolled just as hard as they rocked.